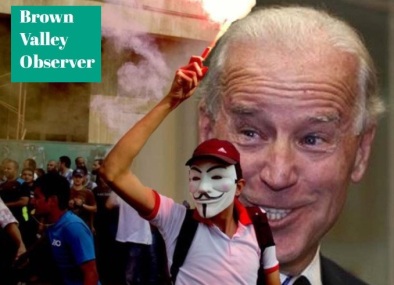 “Right now, the clearest path to revolution on the ballot is to vote for this old-money establishment candidate,” Swetnam told friends on Facebook, where he has spent the past five years advocating for a non-violent political revolution. “So, just his ooone laaast time, that’s how I’ll be utilizing my vote this election season.”
“Perhaps the revolution isn’t catching on at the ballot boxes just yet, but I’m positive everyday Americans will someday be able to ignore or suppress the full-on media onslaught of the establishment candidates and be able to ignore the flow of hundreds of millions of dollars of corporate cash and old money and create a full-on revolution via the two-party American electoral process.
“I was positive this would be the year, but since that’s not the case, my best bet is to once again — and for the last time, I swear — vote for someone I do not support in any way, shape, or form, neither as a person nor as a policymaker. Even though the establishment candidate will likely further damage the party, ultimately creating an even tougher gauntlet for populists who might choose to run under the party banner in the future, I am confident I am making the right choice.”
Bodus pointed to the significance of removing the sitting president.
“Look, the president is a creep. He has a history of bad business deals and questionable under-the-table negotiations, loose-cannon gaffes, poor decision making, and a constant swirl of womanizing and other creepy sexual deviance around him. He’s been a warmonger and he’s a complete egotist who has said racist things in the past, and he doesn’t seem very keen on marijuana legalization or other basic civil rights issues, and all of this stuff makes me nervous. Certainly, supporting the establishment opposition this one last time couldn’t be any worse than that, could it?”
“And besides, this will be the last time,” Swetnam reiterated. “Really. I swear. After all, next go-around, the populist will get the party nomination over the establishment candidate. Then we can elect the non-violent revolution right into the system, easy as pie. I am as sure of it now as I was four years ago.”