US sports fans and crime aficionados were shocked and saddened to hear of the passing of an ex-sports star and famous rapist who died in an accident Sunday morning. 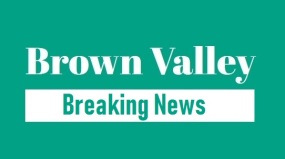 The celebrity is best remembered in the media as an annual All-Star who won several championships, and as someone who barely wriggled away from rape charges several years ago when his accuser refused to appear in court. The flamboyant star later revealed that he understood why he had been accused of rape, and gave the accuser a large cash settlement, like an honorable sports star should.
Fans everywhere will long remember the star for his sense of fashion, his athletic prowess, and his seemingly uncanny ability to get away with serious crimes and build a reputation from there where fans found him respectable, honorable, and a lot less rapey than other people who had basically admitted to such a crime after-the-fact and whom had agreed to hand over a large sum of money in a civil case.
“He really represents something to me and my family,” said Randall Kirger of Clunge, Virginia. “He had a lot of work ethic, leadership skills, and he really had what it takes to buy a squeaky-clean image. I only hope my own sons were taking notes.”