The Cleveland Indians revealed their new team mascot Tuesday morning, replacing the popular but long-begrudged Chief Wahoo logo with a new turbaned “snake charmer” caricature that team president Chris Antonetti believes will be “more inclusive, and considerably less offensive to our Native American brothers and sisters, and the greater native population at large.” 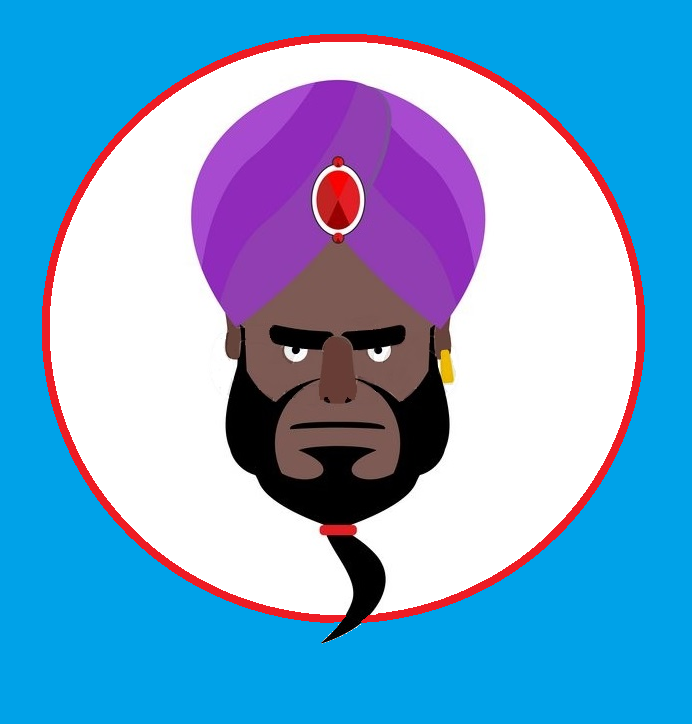 The team announced only Monday that it intended to bid goodbye to the Chief Wahoo logo in the 2019 season. Many saw the Indians staff revealing a new logo within 24 hours of the Chief Wahoo announcement as evidence that this change has long been in the works.
The Indians and their fans have used or recognized versions of the Chief Wahoo logo, a grinning red-skinned caricature, since as far back as 1932, with the popular modern version first officially appearing in 1949. The team previously contemplated dismissing the logo caricature in 1994, when the team moved into Jacobs Field, and in 2013 removed the Chief’s likeness from their caps, although the likeness remains on jersey sleeves and other team merchandise.
Several other “Indian” themes have fallen to the wayside over the years, including removing the Wigwam, a teepee that used to stand beyond the outfield wall, in 1973, and ending the ritual of “scalping” losing teams in 1990, which some fans found degrading and excessive.
Other Indians logo-themed controversies have surfaced over the years. In 1991, settlers armed with muskets stormed Cleveland Stadium, shooting several Indians players and forcing the team out of the stadium. The team played the 1992 and 1993 seasons on a dirt lot afforded them by the settlers until Jacobs Field (now Progressive Field) opened in 1994.
“We wanted to have a logo which was more inclusive to America’s native population, while not re-branding the team altogether,” Antonetti explained while revealing the new logo, a menacing, scowling figure with a turban and a gold earring. “The new mascot, as you can see, makes no reference to the native people nor their culture.”
Bob DiBiasio, the Indians Vice President of Public Affairs, emphasized to reporters that the team “appreciate(s) that many of our fans identify with the logo, and we’re going to give them their due by giving Wahoo a proper sendoff in 2018, then moving forward with Habib in 2019,” Antonetti stated during a Tuesday press conference.
Antonetti defended the decision to wait a year before progressing to the new logo. “It’s a year. Only a year. A year should be plenty of time for us to create an artificial market based upon the perception of rarity and long-term investment value before we unload the warehouses of decades worth of back stock and flood the market with as many cheap replicas of the Chief Wahoo likeness as possible. We’ll donate any remaining gear — if any — to some poor soul in Nicaragua who will value the shirt for the value of the fabric and the protection it provides, not the branding.”
DiBiasio offered an apology to the community at large: “We’d like to offer our apologies to anyone who has been offended by the mascot, and hope that they understand our position on keeping the logo through the years. In kind, we hope that everyone can enjoy our new, harmless, inclusive snake charmer logo, and that we can move on with this dark chapter of the team’s history behind us.”